This is an edited blog post that was originally written in 2008:


Today is the day after Christmas. It is a day when kids play with their Christmas presents and parents sleep in and relax, if they are lucky enough to not have to go to work. It's also a day when lots of people return Christmas presents to the stores and exchange them for something else. For still others it has become a day to shop for super discounted items as stores continue to make deals to get rid of their Christmas supplies and overstocked items. For this reason, it is now being called Black Friday #2. But on my calendar it says Boxing Day (Canada). Boxing Day? What is Boxing Day and why is it on my calendar? It also says Kwanzaa on my calendar today, but that is a topic for another day. I did a little research and found out that Boxing Day is celebrated in Great Britain (England), Canada, Australia, and New Zealand. It has it's roots going back to the Middle Ages in England and spread to the previously named countries over time. The name derives from the fact that in the early days, servants were required to work on Christmas Day, but were given the next day off. Their employers would give them gift "boxes" on that day (hence, Boxing Day), to thank them for their services. As time went on, people expanded the tradition to include other service people, like doormen, porters, mail carriers, and the like. I think this is possibly where the tradition of giving someone a tip comes from. Tipping is a good idea for a future blog also. Anyway, for whatever reason Boxing Day has continued on as a holiday in these other Anglo-Saxon countries besides ours. I'm not sure why this tradition did not make it to America (although tipping sure did). So that begs the question. Why is it on my calendar? Is it because all calendars sold in America are also sold in Canada where they celebrate Boxing Day? Or is it because there are plenty of Canadians who now reside in the United States? I'm not sure. Hey wait a minute...some calendars also say St. Stephen. What's that? Now this is really getting confusing. St. Stephen's Day is also an English holiday, and a Catholic Feast Day, marking the day that Saint Stephen was martyred by being stoned to death in Jerusalem in 34 or 35 A.D. This is where we get the line "on the feast of Stephen" from the Christmas carol, Good King Wenceslas. If fact, many websites on this topic suggest that St. Stephen's Day was the name of the holiday before it became known as Boxing Day. So there you have it. A history lesson and my thoughts on Boxing Day.
Posted by Scott Wheeler at 9:24 AM No comments:

Most people don’t understand Christmas. They never think beyond the Babe in the manger. But Christmas is about emptiness—an empty throne, an empty manger, an empty cross, and an empty tomb, all of which fill our empty hearts. It’s a circuit. When Jesus traveled from heaven to earth, He used a round-trip ticket with stops along the way. He left the throne for the manger, the manger for the cross, the cross for the tomb, and the tomb for the throne. He left blessings behind at every stop. He emptied Himself so we might be filled. That’s the true story of Christmas.

Posted by Scott Wheeler at 1:02 PM No comments:


Posted by Scott Wheeler at 7:59 AM No comments:

"It’s all about anticipation. Anticipation is the fuel of Christmas. Here, we commemorate the Advent calendar counting down the days to December 25th, and in church, we light the Advent candles for four Sundays prior to Christmas. Even the word Advent is derived from the Latin word for arrival. It’s kind of like starting your birthday four weeks early by planning events to anticipate its coming."  John Fischer
Posted by Scott Wheeler at 8:34 AM No comments:

“The Lord who is now nigh and close at hand.”
Posted by Scott Wheeler at 6:53 AM No comments: 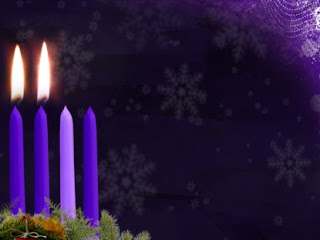 Are you having the best Advent ever?
Posted by Scott Wheeler at 6:16 AM No comments: